GivingTuesday is a global generosity movement unleashing the power of people and organisations to transform their communities and the world. GivingTuesday was created in the US, in 2012 as a simple idea: a day that encourages people to do good. Over the years, it has grown into a global movement (nearly 75 countries) that inspires hundreds of millions of people to give, collaborate, and celebrate generosity.

GuideStar India anchors GivingTuesday in India, to engage millions of citizens in acts of giving in their everyday lives through innovative and collaborative programmes by civil society (samaaj), businesses (bazaar) and government (sarkaar). With initiatives like #GivingEveryTuesday and #MyGivingStory, it encourages people to make generosity central to everything they do, all round the year!

Join us on Whatsapp 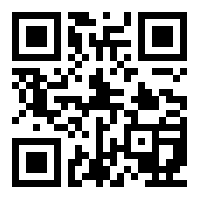 To Donate, Scan the QR Code
Complain about the stall

Very happy to join the stall. Got a very positive and prompt response from the team.  As a youth learned from the Guidestar team that the action should be prompt and positive. I am so happy because the response I have got from Guidestar India / Givingtuesday India was very prompt. The team is very helpful and Pushpa maam such an amazing lady I have come across.  Giving tuesday is the RAINBOW in every individual's life, every ngo....  because they really work so hard to help the individual / ngo / community and the society.  Thank you so much.